It was a beautiful hike. My friend and I spent a couple days doing 20+ miles. The first night, we hiked a mile to the camp site. There were three other people there already. They happily let us shared the camp. They were using hammocks and so there were still room for us to pitch our tents.

We got up at usual backpacking time, and after breakfast we set out. There were a brief rain for maybe 30-45 minutes. We actually got back to the car and sat until the storm passed, since there was no rush.

We hiked a short loop, 20 Minutes Cliff/Overlook — that was what it was called. It think it took us more than 20 minutes to that.

We then got to the Slack Trail Overlook and continued hiking up on the Slack Trail to Torry Ridge. We did the whole trail and reach Sherando Lake. We stopped for a twenty minutes lunch. The lake was a popular spot. We saw several other families out and about at the lake. But we pressed on since there were some rough climbing for the rest of the day.

He hiked up Torry Ridge again, and that was a tough climb with a full stomach. The rest of the hike was not so clear to me since I didn’t look at the map for this portion. We hiked to the Torry Furnace to connect to the Mill Trail, which runs parallel to the Torry Ridge Trail. We did the whole thing and at the end we had to climb up. That was one of the most intense climb especially when we were tired (it was around 5-6 pm by now). We could have camped below in the valley by the river but we want to leave early the next day with less mileage. Based on the map, if we camp at the ridge, we only have about 5 miles to do the next day.

We met another backpacker and he said the ridge was too windy. However, we decided to press on ahead. It was indeed very windy. Luckily the temperature was warm. I was able to sleep but the wind kept my friend up.

The next day was an easy down hill hike and we were out by 10. 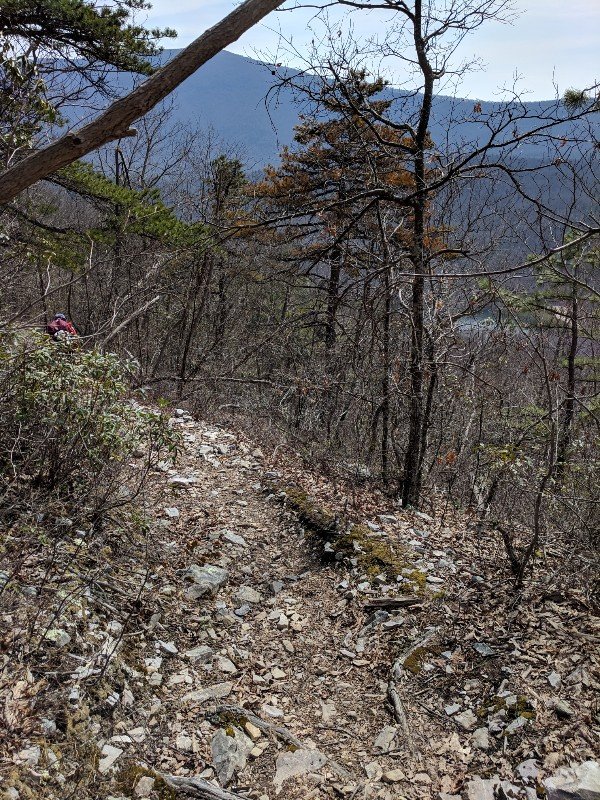 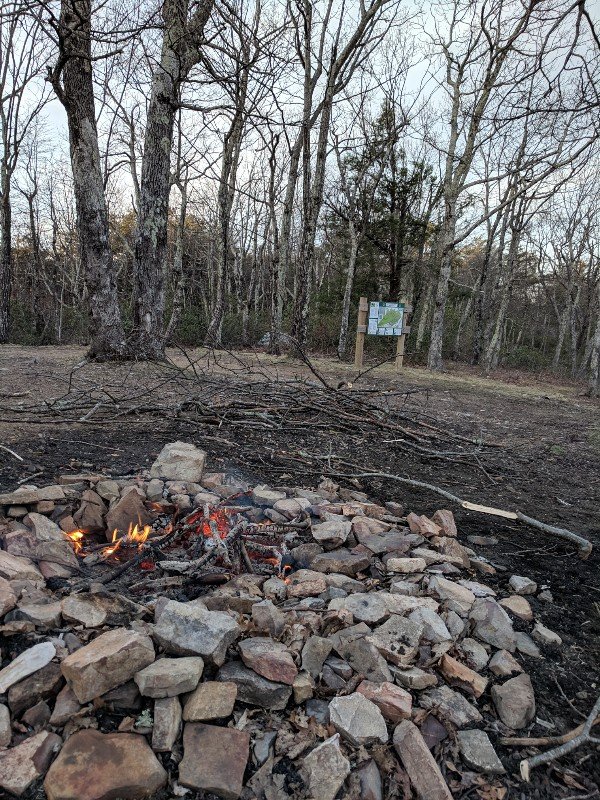