I came across a training article. The concept is pretty simple and logical, but it occurs to me that it is an important truth that I have overlooked.

The concept is we train in three phases. The first is foundation. We build a good foundation and hopefully the last three years, I had a solid foundation. Then come the real deal where we pursuit after our goal by increasing the effort/power and intensity at the growth phase. Lastly (third phase) we maintain our level and perfecting our goal.

I think intensity is the key. I felt in a lot of things I do in life, I reach a mediocre level and normally stay like that with very little growth. What I missed was I have not really amped up the intensity to get to my potential. And I have gone through life/everything in a boring kind of way.

I came across the article at the right time. Intensity is what make what I am doing exciting. What drives my passion is doing more of the things I like.

I attended the talk (secret church) last week and there was segment on having a passion for God. What drive Moses to know God more? It was to know God’s glory. And the speaker was saying did Moses see enough of God’s glory already? He was a guy who spoke to God in front of a burning bush. He saw the Red Sea parted and many other miracles. What drove him to ask God, to show him more of God’s glory when he already seen more than anyone else in the world. The answer was it is never enough.

In parallel, I never experience enough of running. It is not a bit different for me to do a 5k or 10k or a marathon. Some might think (those who are not a runner) ask whether it is enough since I have run 8 marathons already. Nope. The experience of running my eighth one was just as exciting as running my first one. Related to intensity of what we are talking about, I actually want more! Some call it an addiction but I think not. I could easily be satisfied with one race! But because I love it so much, and my body is able to handle it, I am upping my races both in quality and quantity. I don’t need more race to have the same ‘high’, which is those who have an addiction needed. Any way…

Running a 10K is just as fun, except it is just too short! Haha. Sorry for those who were dying on the course when I did mine, I don’t mean to put them down. 10k might be the hardest thing they did.

Last weekend I did the Pike Peek or Peek’s Pike, whatever it is. This post was originally about this race but I got suck in on the topic of intensity from something I read.

Why I love doing 5k/10k is it bring out community. Almost anyone can do it. You will be surprised if you think you can’t run a 10k. I got it that many couldn’t do it but some, a few who attempted, I applaud them.

The race is usually open long enough so even those who walk (fast walk) can finish. That was a reason you get to see many who are not a fast runner on the course.

Runners are a friendly bunch, but with the slower crowd out, it is even friendlier.

The crowd support was great on this one. For the race, we ran down Highway 355. It has 4 lanes going each way, but they closed three of the four lanes, so that they can have more room for runners. We ran down most of the way. There was a festival at the end (Peeks and Roses). I had to be somewhere so I didn’t stay too long. I stayed long enough to see the slower people finish (last few). I think it was the 1.5 hours crowd.

That was that. I probably can go on and on. I love the race and will do it again. 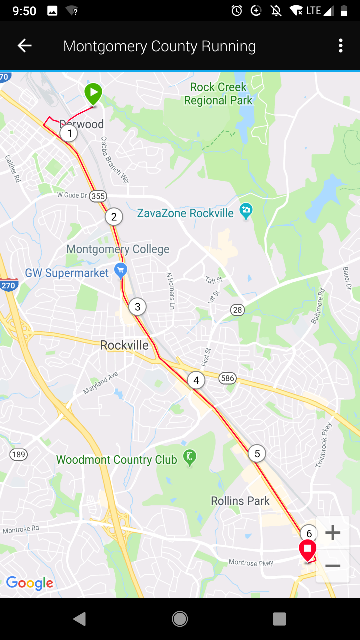 There is nothing more I like than to run, hike, and be with one I love

View all of Antin's posts.