I finished today run with ease. It was a race so that helped. I ran faster than normal training run. Twice as fast. I was not trying to win any medal though. I finished last in my age group. I was ahead of my expected time however. That is a win for me.

The run took two hours for me. It was hot and I was drenched in sweat. I poured water on me. I finished the race completely wet from head to toes.

I felt the vibe. It was an out and back on the W&OD trail with the race started from Leesburg and went near Purcellville. I think we were like two miles from there. We turned around and headed back to Leesburg.

Though it was hot, it was much cooler than yesterday. We started early. I had to wake up at 5 AM for this. I got to the course kind of late and almost couldn’t find a place to park. Last year I was there before anyone and I could park in any spot. I arrived 45 mins later than last year (but 45 mins before the race start.

I felt fresh even though I did a 20 miles yesterday. It is good to run on fresh legs. It was only the first week of my training so everything is fresh. I know the feeling after 10 weeks in, I don’t think I could do a race after a long run.

I am not sore yet. I have a blister on one of my toes. There is an onset of shin splint on my right leg. I will keep an eye on it. Monday is usually my rest day. I am thinking of shifting it to Wednesday to better fit my schedule. 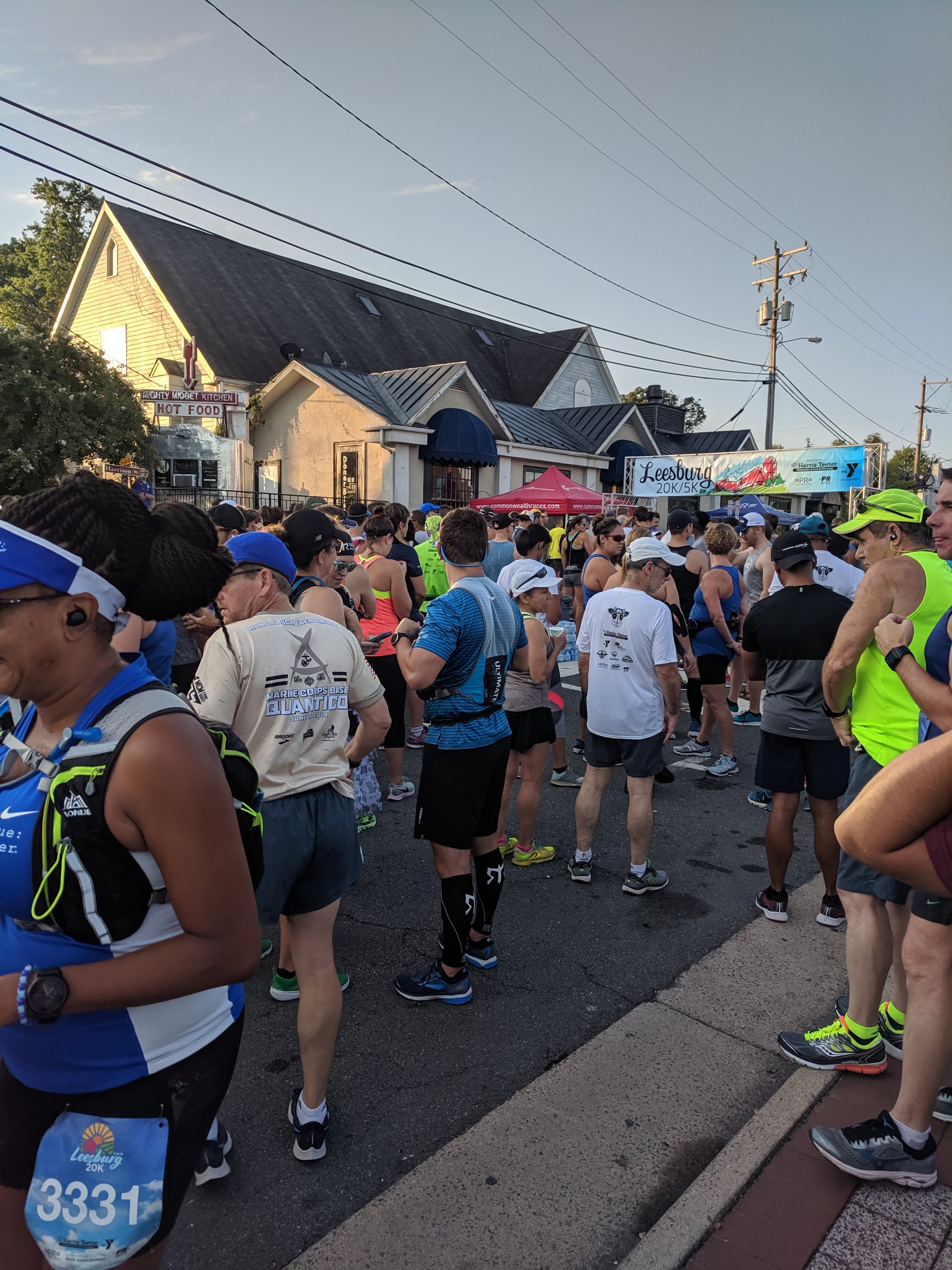